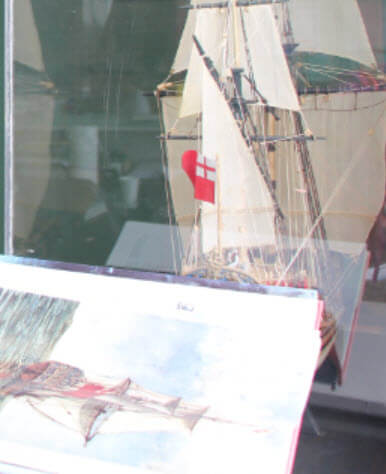 The History of Boating

This back-ground information looks at the start of mechanized travel north to the Arctic Ocean. It lists some of the boats and key people who developed them.

1888     James Hislop of Pictou NS and Ed Nagel from Quebec form a company to trade furs in Northern part of Alberta and NWT. Financed by John Secord, lawyer and business man from Edmonton.

1898 – 1899     Sees 150 miners moving North via Athabasca Landing, Fort Smith, Fort Resolution, Hay River (help build and roof the Anglian Mission on Reserve) then going through the Rat River pass developed by HBC to go to the Klondike gold rush. So, there are all kinds of boats going north. Pine Point first claims are staked by them and Ed Nagle.

1899     Anglican Mission in Hay River has small steam powered Ella Ya (little boat) operated by a fellow who came with the Klondike gold seekers and became a mission worker for some time on east bank where HBC and Anglican mission where.

1903     RCMP move North on Mission boat to Fort McPherson and go to Herschel Island as Canada is concerned about Arctic sovereignty. American and others have been whaling in this area for some time and not paying any duties.

1904     Hislop and Nagel had Steam Boats on Slave River. The Eva Nagel and Caribou along with a York boat Netta. They also had a steam boat running from Athabasca to Smith’s Landing at the head water of the Fort Smith rapids.

1905     Hislop and Nagel now had a 150-ton boat and pulled 16 scows on Slave River and Mackenzie. Developed 15 posts in NWT on Mackenzie River and area. Headquarters in Fort Resolution. Hislop was posted at Old Fort Rae. One post manager was Victor Lafferty for 10 years retired in Fort Providence. Alexis Lafferty managed stores for them in Fort Resolution, Wrigley and Simpson in 1903. He was with Hislop and Nagel until they sold out in 1912. Francois Mandeville managed Hay River and Providence until they sold out then went to work for HBC. Johnny Berens (later river pilot) managed their post in Fort Liard.

1906 – 12     Roman Catholic Mission builds Sainte Marie in Fort Smith and sells to Nagel of Fort Resolution. Sometime in these dates he hauls their freight for five years at 50 cents a lb.

1911     Col. J.K. Cornwall creates Northern Transportation company for the boats bought up under the takeover of Hislop and Nagel. He also owns boats on the Peace River system.

1911-12     Dr. James Francis Rymer who was in service to Roman Catholic mission for five years at Fort Resolution, dies. Is he buried there and when did he work in Fort Resolution?

1913     RCMP sets up posts in Fort Resolution and Fort Simpson

1920     Col. J.K. Cornwall builds the Norland Pioneer part of his Northern Transportation system as he thinks it will be needed for Imperial Oils developments on Mackenzie River and Hay River. They discover oil and gas but close in 1925 as no demand in area.

1929     The Hudson Bay ends up with all Northern Transportations Boats and equipment as it went bankrupt due to being partners with a new fur buyer in New York. It does not take on the posts they have got from Hislop and Nagle.

1932     Imperial Oil: they reopen the Noman Wells oil find for the Great Bear Mining project. They develop pipe line around portage to move the oil from barges to barges above portage.

1931     Northern Waterways Service from Waterways A.B. to Aklavik in NWT

1933     Northern Waterways Service expands in Great Bear Lake to haul pitch blend. 1936 to 1940 Charles and Gilbert Lebine of Eldorado gold mine buy up company to move their materials. Its name had been changed to Northern Transportation Company.

1935 – 37     Earl Harcourt (23 years old) and Bert Nieland (carpenter and boat builder) as well as Stuart McLeod are moving freight by small boats on Great Bear Lake. They move operations to Yellowknife as gold has been found with the Klondike’s findings and all the activity in Great Bear Lake. Starts and operations from Yellowknife to Waterways AB. This is the formal start of Yellowknife Transportation Company.

1938     Low water on Athabasca River water system and north does not allow hauling of heavy loads to Yellowknife gold fields. Earl Harcourt of YTCL formed a cat train started from Vermillion and Yellowknife, via Hay River and Fort Resolution to Fort Vermillion started.

1939     Yellowknife transport must have had some presence in Hay River after that point as they had a mayor presence on the Hay River water front later on.

1940     GOVERNMENT OF CANADA TAKES OVER NTCL FOR WAR EFFORT AS THEY NEED THE PITCH BLEND FOR THE NUCLER DEVLEOPMENT EFFORT. The river system is the only way to move materials north. The CANOL pipe line materials will also move north on barges brought in from the south. They were steel and came by rail to Waterways (Now known as Fort MacMurray) getting this material south in the USA.

1946     HBC sell all boats to NTCL and maybe YTCL and uses them to move their freight. No list of boats found for YTCL.

1948     The opening of this cat trail brought others over it and the Mackenzie Highway gets built and opened.

1950     McInnis Fishing Products hauling freight into north from McMurray and back hauling fish to McMurray. It takes 120 hours to get to Waterways.

1950     YTCL and Canada Coach lines set up a bus and boat schedule in to Yellowknife twice a week. Using Yellowknife Expeditor which had been refurbished in Vancouver. Handled 250 tons freight and 50 passengers.

1957     Mid-August “Sandy Jane” of YTCL sinks and crew are saved by Richard E of YTCL. A big wind and snow storm came on to the lake and boat iced up and sank, Richard E was able to power out there and save all hands. John Pope was given documentation and provided prices to lift or find.

1960     The Cold war caused the USA and Canada to build the Distance Early Warning Line the materials were sent through Hay River to the Artic coast. Both by Yellowknife Transportation and Northern Transportation, NTCL.

1965     NTCL buys out Yellowknife Transportation. This merging results in the Government controlling all the shipping for the DEW line and resupply of all northern communities. YTCL sells 10 tugs and 16 barges to NTCL

1977 – 1981     NTCL is moving oil across portages (10 miles) with tanker trucks from one barge to the other. Rene Belanger of Hay River is a skipper on this run up into Great Bear lake. Rene helps to close out the barging system on this lake in 1981. One tug is given to the Fort Franklin (Deline) band as a museum.

Skippers out of the Hay River and Area:

Drop by to see this interesting exhibit in its entirety.